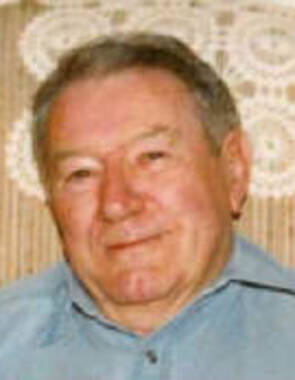 Back to Wayne's story

Wayne Q. Gillespie, 93, of Fairfield Glade, passed away on Saturday, July 20, 2019, at Cumberland House Hospice in Crossville. Mr. Gillespie was born on Aug. 27, 1925, in Wheatcroft, KY, to the late Thomas Courtney and Ruby Quirey Gillespie. Mr. Gillespie spent the majority of his life in the Detroit, MI, area where he worked for Michigan Bell Telephone Company, retiring in 1982. Upon his retirement, he and his wife of 66 years, Virginia, moved to Fairfield Glade where he lived out his life enjoying the outdoors, playing golf and fishing when and where he could.
He is survived by his wife of almost 66 years, Virginia Daugherty Gillespie of Fairfield Glade; a daughter, Cathleen Cramer of Detroit, MI; three sons and two daughters-in-law, Gary and Nancy Gillespie of Denver, CO, Robert Gillespie of Fairfield Glade, and Donald and Melissa Gillespie of Fairfield Glade; the loves of his life, six grandchildren and eight great-grandchildren; two brothers, Bascum Gillespie of Troy, MI, and Jerry Gillespie of Colorado.
Private memorial services will be conducted on Thursday, July 25, 2019. Arrangements and care provided by D.M. Goff Funeral Home, 205 East Cleveland Avenue, Monterey, TN; phone, 931-839-2311.
Published on July 22, 2019
To plant a tree in memory of Wayne Q Gillespie, please visit Tribute Store.

Plant a tree in memory
of Wayne

A place to share condolences and memories.
The guestbook expires on October 20, 2019.

Restore this Guestbook to share a memory or message of condolence of your own.