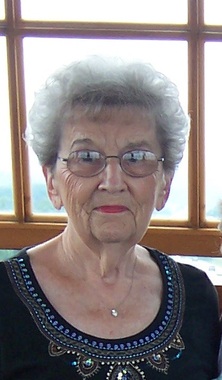 Back to Beverly's story

Beverly N. (Tupper) Garrison, 91, of Chippewa Falls, WI, passed away at the Lake Hallie Memory Care Center on Wednesday, July 17, 2019, 12 days after she fell and broke her hip. Her niece Sherrie was at her side.
Beverly was born Oct. 6, 1927, in Chippewa Falls, WI, to Emery J. and Dorothy F. (Wolfe) Nein. She graduated from Chippewa Falls High School in 1945 and attended Wisconsin State University-Eau Claire.
On Sept. 18, 1954, she married Melvin A. Tupper in Chippewa Falls. Melvin died on Oct. 7, 1963. She later married Harold C. Garrison on Sept. 12, 1970, at Fort Meyer Post Chapel, Fort Meyer, VA, while they were both working in Helsinki, Finland.
Beverly's working career covered 42 years. Her employers were Chippewa Falls Woolen Mill; Hamilton Chevrolet-Buick, Chippewa Falls; Chippewa Falls Superintendent of Schools; Wisconsin State University-Eau Claire; Department of State-Helsinki, Finland; United Nations in Chad Africa; Manpower Inc. of Kokomo, IN; and Public Service Indiana, retiring in May 1987.
Beverly was baptized and confirmed in the Zion Evangelical United Brethren Church and remained an active member until she left Chippewa Falls for her position with the Department of State in Helsinki, Finland, in 1969. She was an active member of the Eastern Star in Fairfield Glade and Fairfield Glade Community Church for 21 years prior to moving back to Chippewa Falls in July 2011.
Survivors include her niece, Sherrie (Doyle) Richards; great-nephews, Brandon Richards of Minneapolis, MN, Nathan Richards (Tara Halquist) of Eau Claire and Justin Richards of Chippewa Falls; great-great-nephew, Cayden Richards; and many first and second cousins.
She was preceded in death by her parents, Emery and Dorothy Nein; husbands, Melvin in 1963 and Harold in November 2017; her beloved sister, Patricia Gehweiler (2008); and brother-in-law, George Gehweiler (2011).
A special thanks to Bev's caregiver Janice (prior to her moving to Lake Hallie), the caring staff at Lake Hallie, Francis, her Mayo Hospice Nurse, and Pastor Don and Barb for the many visits.
A funeral service will be held at 11 a.m., Saturday, Aug. 3, at Zion United Methodist Church, Chippewa Falls, with Pastor Don Drollinger officiating. Burial will be at Prairie View Cemetery following the service.
Visitation will begin at 10 a.m. Saturday at the church.
Pederson-Volker Funeral Chapel & Cremation Services, Chippewa Falls, is serving the family. Please share your memories and condolences online at www.pedersonvolker.com.
Published on July 26, 2019
To plant a tree in memory of Beverly N. Garrison, please visit Tribute Store.

Plant a tree in memory
of Beverly

A place to share condolences and memories.
The guestbook expires on October 24, 2019.

Restore the guestbook to view the 1 more posts by family and friends, and share a memory or message of condolence of your own.