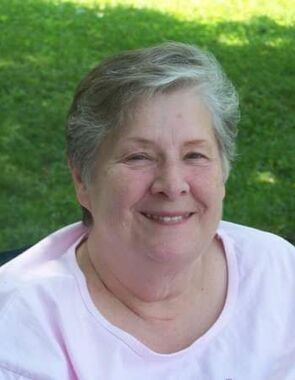 Back to Barbara's story

Barbara Jean Burgett went home to be with her Lord December 4, 2018, at the age of 79.
Barbara was preceded in death by her father, Charles Carter; mother, Vivian; stepmother, Imogene; sister, Carolyn; and beloved brothers, William and Nelson Carter.
She is survived by her loving and devoted husband of 56 years, James Burgett. Barbara is lovingly remembered by her sons, Richard and Bryan Burgett daughters-in-law, Tracie and Dorothy; grandchildren Ashley, James, Bridgette, Thomas and Cailyn; and the girls' spouses, Roy, Jacob and Devon. Also her brother, Charles Carter and his wife, Doris, along with several cousins and close friends.
Barbara was born in Ann Arbor, MI, on March 2, 1939. She graduated from Plymouth High School in 1957. She went on to work as an accountant at Sutherland & Yoe in Plymouth, MI, for 38 years. She also served as Plymouth Community Federal Credit Union's president for several years.
After retirement, Barb was instrumental in starting a Women's Bible Study Group in Fairfield Glade that is still ongoing. She served as this group's treasurer until no longer able to do so due to health concerns. The friends she made in this group meant the world to her. She and husband, James, spent 16 years volunteering at the Cumberland County Playhouse, ushering, being a greeter and working the craft table. She and James also enjoyed traveling extensively with lifelong friends and family.
She was a member of Fairfield Glade Community Church where she was a greeter and delivered recorded Sunday sermons to those unable to attend.
She loved her family and worked hard to keep in touch and visit with everyone no matter how far away they lived. We will all miss her very much.
Memorial service will be held at Fairfield Glade Community Church, 521 Snead Dr., Fairfield Glade, TN 38558 on Saturday, Dec. 15, at 11 a.m.
Published on December 10, 2018
To plant a tree in memory of Barbara Jean Burgett, please visit Tribute Store.

Plant a tree in memory
of Barbara

A place to share condolences and memories.
The guestbook expires on March 10, 2019.

Restore the guestbook to view the 25 more posts by family and friends, and share a memory or message of condolence of your own.